How to Reclaim Work Life Balance With Personal Productivity 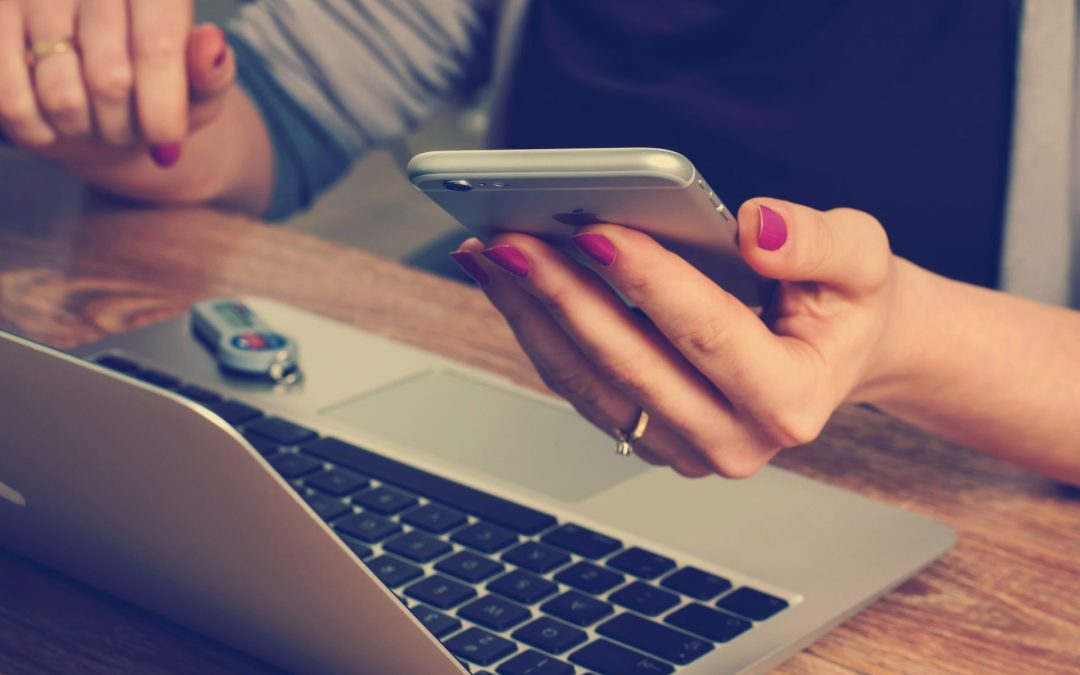 How can we increase personal productivity? Is it hustling and grinding 24/7? Is it balancing work and life so that you can hit the covers peacefully after a job well done? Working hard is core to achievement, but how do you know if you’re working hard on what truly matters?

We’ve got excellent tools to make our lives more productive, like digital apps, the internet, and access to free education. But with all the power of the digital world, we are becoming fragmented like splintered glass.

Many successful business folks wonder if balancing work and life is even possible. We want to build our relationships and business, raise great kids, make a difference, be healthy and have fun, but we’re constantly substituting one thing for another.

In this article, we’ll address the shortcomings of work-life balance and why adopting a personal productivity system, like Day Design, can help you balance the critical areas of your life beyond work.

Why We Suck at Work Life Balance

If you’ve ever read a book about productivity, you were likely hoping to achieve a sweet spot between work and life. The issue is that most ideas presented are tactics that don’t address what you’re working on in the first place.

Is it a laundry list of tasks that we need to complete by the end of the day? If we manage to scratch everything off before midnight, then we feel successful? We’re busy, but is our life any different than last year? What about that trip that we planned, new side-hustle, project, or dancing class?

We’ve become skilled at being busy but lack the skills to assess what is essential. We can’t balance because it’s never been our goal. We jump to handle the most urgent tasks, mainly work, and leave the rest for later. The expectation is to react at break-kneck speeds. Critical thinking comes later.

Maybe you’re looking for a new position, starting your own business, or already have a great role at a company with exceptional benefits.

Here’s the thing—we’ve become great at being productive, but instead of being balanced, our productivity is an uneven landscape. One area is a tower of high achievement, and another is a desert.

We see it with the wealthy financial managers on Wall Street making millions. They’re productive with their work, but they go home alone to their penthouse in Manhattan. They see their colleagues getting more, so they rush to do the same. It’s a game of king of the mountain, and they do it very well too. But what about health? Relationships? Community?

Being great at our work and getting paid well is important, but it’s only one element of productivity. The reason why it’s such a powerful force is that the things that money can buy are readily observable.

Why do you think we talk about money so much?

As Jonah Berger points out in Contagious, “Observable things are also more likely to be discussed.” On the flip side, seeing if someone is happy, a leader in their community, or a great spouse is more difficult because it’s harder to see. These areas of productivity are more private but just as vital.

Work is important, but it’s not the only thing that sustains us. It’s only one aspect of 360 Productivity, albeit the one we think about most.

Learning the Hard Way from a Failed Business

Years ago, I started a business with two other partners who were much older (and wiser, I thought) than me. We had some solid deals in place, and we could see the dollars pouring into our bank accounts.

In a few months, we brought in hundreds of thousands of dollars, which was a new experience for one of my projects. For the first time, I felt like a badass able to not only have a great idea but turn it into a business that generated cash. My belief in my abilities soared.

We were hired to create assets for a new startup, including long-term web and media projects. We also started developing an application for the medical field. We hired a small staff, and after a few months, we were sitting across the table from wealthy investors who could turn our app into a multi-million dollar blockbuster. Our business was looking very promising.

I thought it was where I was supposed to be. Then challenges arose between my partners and me, as is common when an idea starts to take off—relationships change. The money we were making and the potential colored the tone of our meetings. What began as collaborative and supportive turned into coercive and accusatory.

The mission and values we spent weeks defining at the beginning were overshadowed by fear and entitlement. We talked about how much money we would make or were owed instead of the difference we could make. The shift in conversations marked the beginning of the end.

This shift in my team affected my work. My motivation evaporated. I wasn’t excited. I didn’t want to take calls from my partners. This business was a vehicle that could make all my financial goals a reality. What was my problem?

Cloaked in clever ideas and modern technology, I realized the truth—the purpose of our business was to be a money-generating machine. There was no deeper meaning or purpose, even if we claimed there was. It was all about money and always was.

I realized that I’m not driven by the pursuit of money as much as I thought. If that was the case, since we’re making a decent amount, my satisfaction with our productivity should have been on fire. That wasn’t the case.

It was a dark time where my partners turned into combative enemies. In the end, after a partner drained our entire bank account without saying a word, it was clear that this was a fast sinking ship.

At times, we felt productive, but we were not balanced. We were looking at productivity through the lens of work, specifically money, which can lead to blindsides, hence a failed business.

Let’s look at how we open up our field of vision to a broader perspective of 360 Productivity.

Creating a Balance Between Our Goals

Remember Robin Williams? Arguably, one of the most talented and successful actors of all time. He was loved unanimously by the entire world, yet he committed suicide? As far as the world goes, he was massively productive. He’s won many awards and is a household name who has influenced generations of people. But yet he didn’t love himself?

What about Ernest Hemingway? President Kennedy said that not many people has affected the American people the way that he had. Even that level of productivity at work wasn’t enough to keep him alive. How does that happen?

As a Day Designer, our goal is to integrate all our goal channels into a balanced whole. As we’re more consistently productive in each 360 category, the system rises together.

That system is our happiness.

We focus our time and actions to raise the level of fulfillment in each goal channel. Each day, we isolate our goal channels, giving them the attention that they deserve. We hold ourselves accountable by looking at our productivity as quantifiable information.

The recipe for happiness is different for each one of us. We all have unique goals, which is why there’s not a textbook answer. We have to define it for ourselves. We get a clearer picture after we take action. It’s the synthesis across our goal channels that brings us closer to becoming fulfilled, complete, and worthy.

Being productive starts with asking what’s on our plate and why it’s there.

When we run into trouble when we stop asking what combination of relationships, contributions to the community, career, health, and spiritual practices bring us happiness?

We’ve been focusing on work exclusively, idolizing success in terms of money and popularity. We do this because it’s easily defined—we either have money, or we don’t. It’s a simplified metric to base our quality of life around. But there’s more to being productive than cash.

In the case of the actors and writers mentioned previously, how spiritually productive were they? Can we honestly say that they’re genuinely productive if they decided to end their life? The culmination of work successes ends with one significant failure that lets the world know they didn’t love themselves.

Instead, let’s ask the difficult questions now. Waiting to dig deep doesn’t help us become more productive. When we procrastinate, we become more unsure of who we are.

We become better when we ask what fulfillment is, not later, but today.

A Different Way to Balance Work and Life

If you’re interested in improving your work life balance and personal productivity, becoming a Day Designer is a good place to start.

The Day Design Course is a free video series that walks you through how to be productive in the important areas of your life. My hope is that it will help you decide your path, instead of waiting to discover it.

Click the image below to get started. See you on the inside. 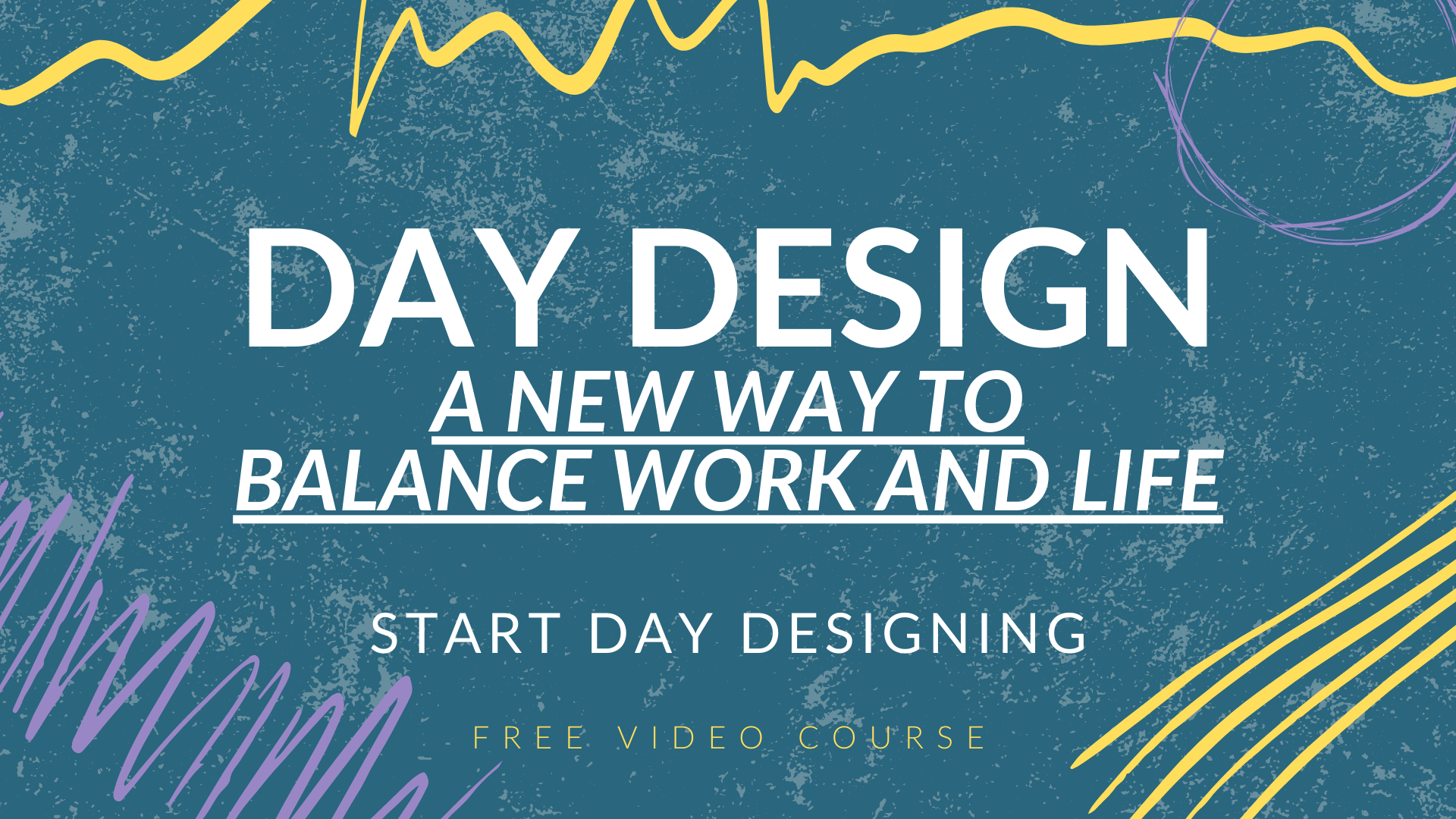 Jason Dzamba is a Productivity Strategist and is finishing two books: Get Anything Done and Day Design. In his free time, he writes and produces music and enjoys creating large paintings for high-end spaces. He lives in Miami, Florida with his three children.

Join Get Anything Done